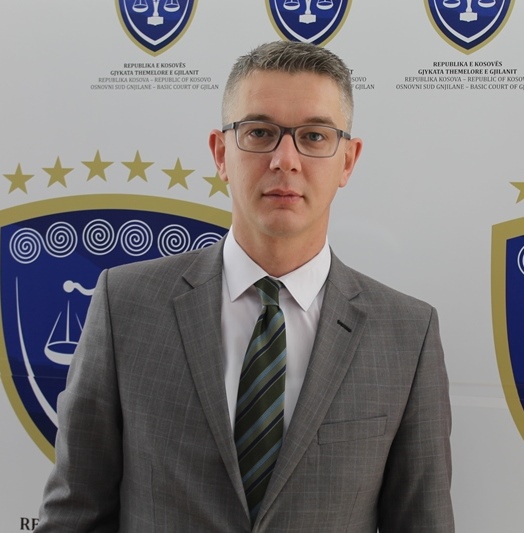 Venhar Salihu, is a Judge in the General Department, Civil Division in Basic   Court in Gjilan. Venhar Salihu graduated from the Law Faculty of the University of Prishtina in 2006, and the Bar Examination  head in 2012/13.  From January 2006 to May 2008 he filed a task ass. the lawyer in the Office of Advocacy, while from May 2008 to May 2015 performed the function of Senior Legal Assistant for Verification in Kosovo Property Agency (KPA). On 19.05.2015 he was appointed as Judge in the General Department - Civil Division and continues to perform this task. Judge Salihu was once chief   of  the General Department of the Basic Court in Gjilan.