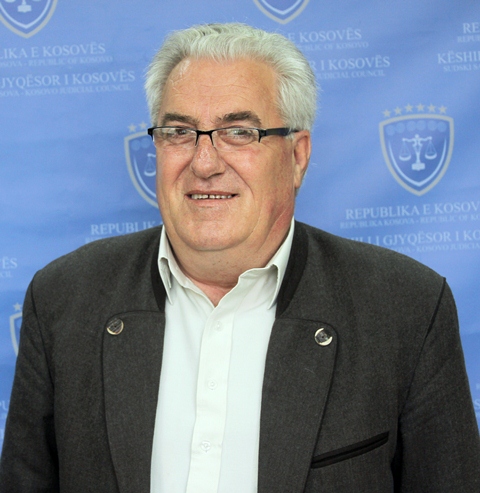 ZijadinSpahiu is a supervising judge at Basic Court in Gjilan – Branch in Kamenica. Judge Spahiu graduated from the Faculty of Law, University of Prishtina in 1979, while he passed the jurisprudence exam in1990. From 2002 to 2010 he worked as a lawyer and later at the end of 2012 he was elected as chairman of Municipal Court in Kamenica. He took over the position of chairman of Basic Court in Gjilan-Branch in Kamenica on 01.01.2013, which position he still holds. Besides his work for the judiciary, judge Spahiu from 1980 to 1991 worked as a legal officer at “Magnohrom” company in Kamenica.