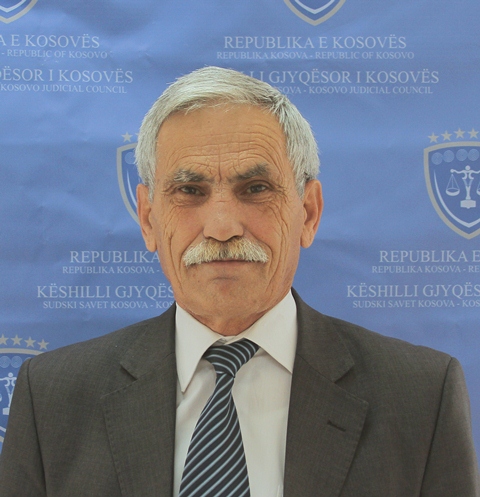 Hasan Sadiku is a judge at the department for serious crimes at Basic Court in Gjilan. Sadiku graduated from the University of Prishtina in 1978, and completed the jurisprudence exam in 1988. He completed the professional practice at Municipal Court in Gjilan during 1979-1981. Later judge Sadiku started to work as a judge at Municipal Court until 1989. From 1989 to 1990 he was a prosecutor at the Municipal Public Prosecution in Gjilan. From 2000, he returned again the position of a judge, now at the District Court until 2012. From 01.01.2013 he was appointed to, and continues to serve as a judge at the Basic Court, at the department for serious crimes in Gjilan.