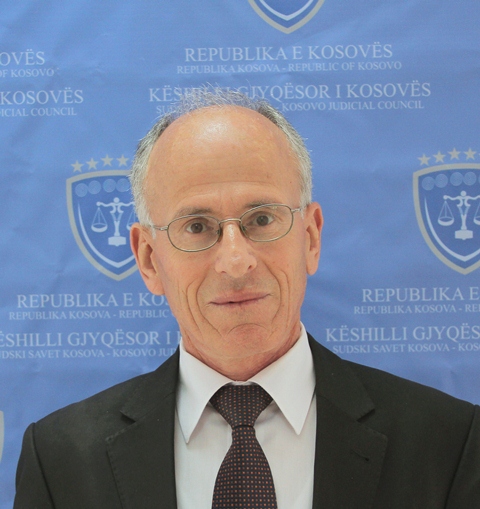 Judge Ramiz Azizi is in the General Department - Criminal Division of the Basic Court of Gjilan. He graduated from the Law Faculty of the University of Prishtina in 1983, and finished Bar exam in 2002. Azizi i'u attaches Judicial system in 2003, when he started working as a clerk for the District Court in Gjilan until 2004. The next six years of his career he worked as a judge at the Municipal Minor offence Court , and from 2010 to 2012 was Chairman at the  Municipal Court in Gjilan. On 01.01.2013, the judge took office in Novo Brdo branch  as a  supervisor, while from July 2013 acting as a judge in the Basic Court in Gjilan. Besides working in the judicial system, from 1983 to 1985 he worked as a teacher in the high school gymnasium ,, Zenel Hajdini '. During 1987 he was secretary of elementary school ,, Zenel Hajdini '. Then from 1987 until 2002 he worked as the secretary-director of the Agricultural Cooperative ,, Malisheva '' Malisheve. A year later he worked as a legal officer and acting director of Geodesy in Gjilan.